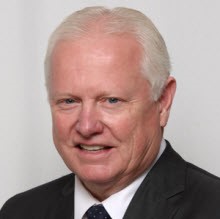 Mr. McCullough is the President of Ameresco Canada. He joined Ameresco in 2015 with more than 30 years of experience in leadership positions within the energy efficiency, building technology and construction industry.

Prior to joining Ameresco, Mr. McCullough served as the Vice President and General Manager for Johnson Controls Canada, LP since 2006. In this role, he held overall business responsibility for JCI’s Canadian Region.

During his distinguished career, Mr. McCullough served as President and General Manager of SimplexGrinnell following his role in managing and facilitating the integration of the Simplex and Grinnell companies for Canada. Earlier in his career, he spent 14 years at Honeywell, LTD where he held a variety of business and sales positions at Honeywell’s Toronto-based headquarters, and was promoted to District General Manager, Atlantic Canada.

Mr. McCullough is a graduate of the Business Program at Seneca College in Toronto, Ontario. In addition, he has participated in advanced level executive programs during his career.