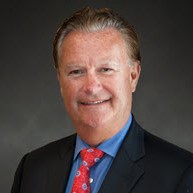 Mr. Cunningham is Senior Vice President of Corporate Government Relations. He has over 20 years in managing relationships with key decision makers in Washington, DC and throughout the country. He joined Ameresco from Dutko Worldwide where he represented several clients in the financial services, energy and appropriations marketplace before the House and Senate in Washington, DC.  Mr. Cunningham manages Ameresco’s government relations along with corporate communications nationwide.  He also oversees corporate compliance regarding lobbying disclosure for both federal and state political contributions, and manages the company’s position with key national trade associations.

He has worked with many federal agencies in assisting clients with successful results.  Mr. Cunningham has served in key positions on Capitol Hill in Washington, DC.  Most recently, he was Chief of Staff to Joseph P. Kennedy II where he managed all legislative and constituent activity in both the Washington and Boston office.